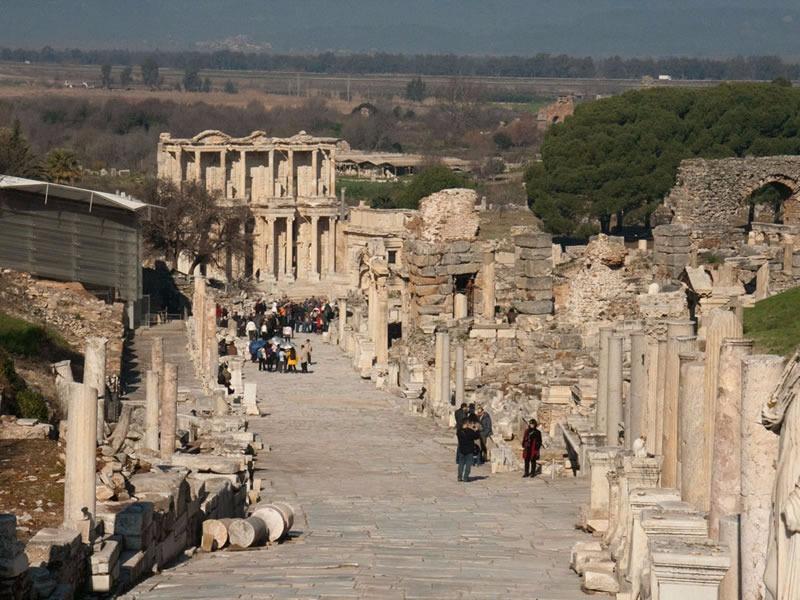 Ephesus Ancient City was once one of the 4 biggest cities of the ancient world, with a population of more than 250.000 people. The city was established by the sea, and with its port, it became the heart of trading in the ancient world.

Ephesus had been a religious center of early Christianity.

The recorded history of Ephesus goes back to 14th century B.C., and  today it is still a very well preserved ancient city with its library, theatre, streets, fountains and temples.

It is the place where Blessed Mary may have spent her final days. It is estimated that Mary came in the area together with Saint John who spent several years in Ephesus to spread the Christianity. Here is still active for worship where was declared as a shrine for Temple of Artemis

The Temple of Artemision is known as one of the Seven Wonders of the Antic world. The location of temple in only one place in the world where you can see 3 different religious  worship places as Temple, Mosque and Church in the same angle.